Home → About Us → Awards 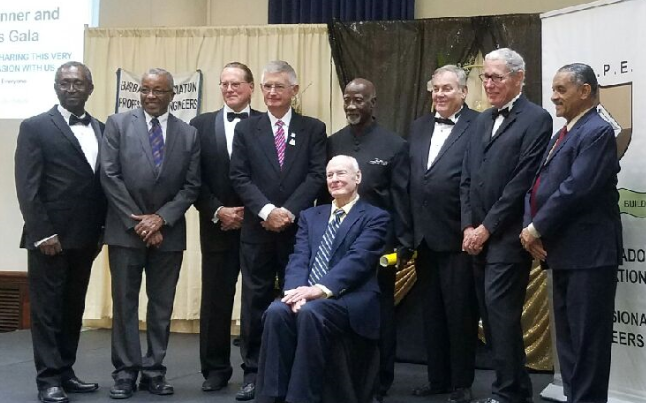 Note:
James has won acclaim
NATIONALLY:
The Arthur Administration accorded him The “Gold Crown of Merit” Insignia in 1994.
REGIONALLY:
He is Barbados’ first Laureate in the Anthony N Sabga Caribbean Awards for Excellence in Science and Technology in 2008.
The University of The West Indies accorded him an honorary degree, “Doctor of Laws Honoris Causa” in 2012.
INTERNATIONALLY:
The World Energy Congress awarded him its “Pioneer Award” in Scotland in 2008. 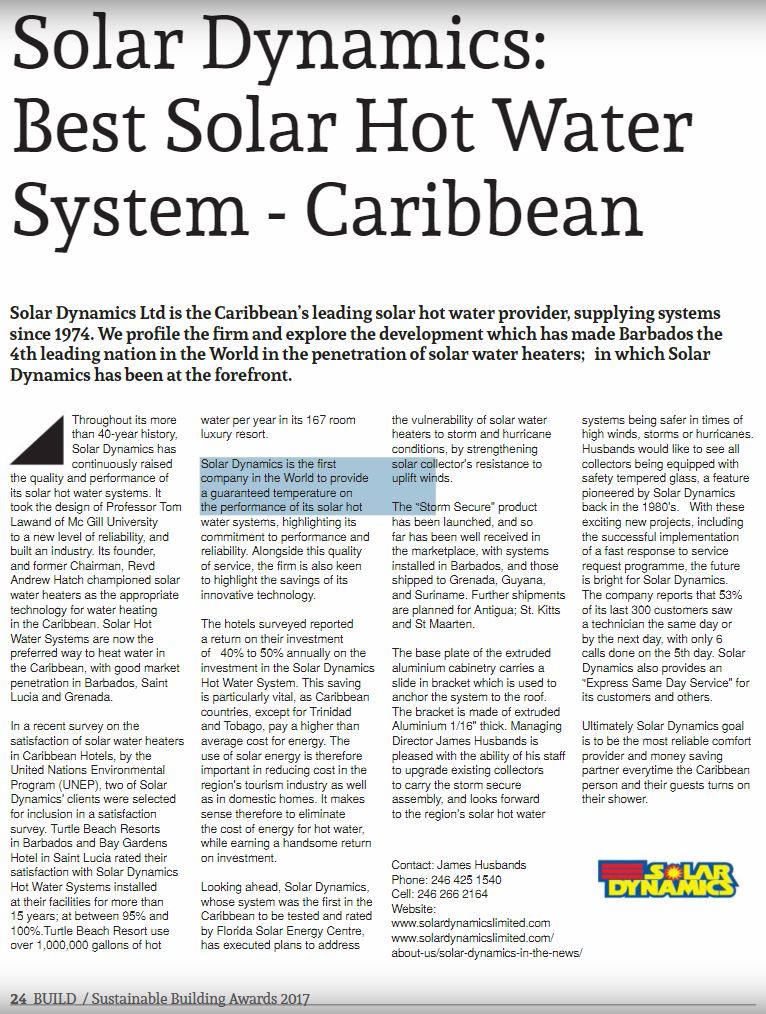 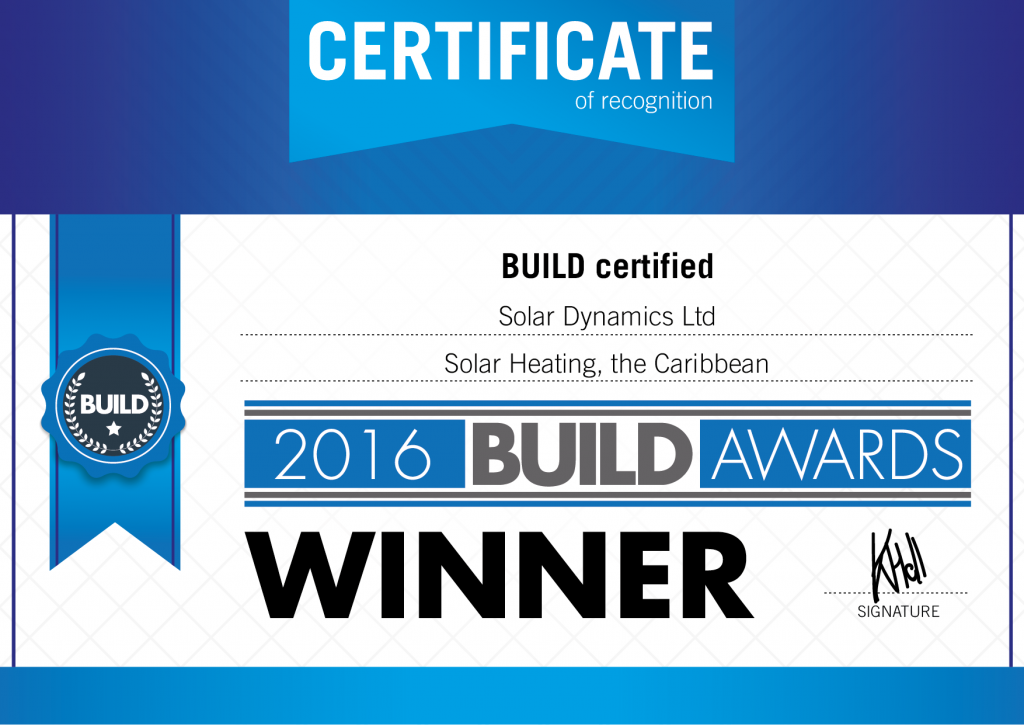 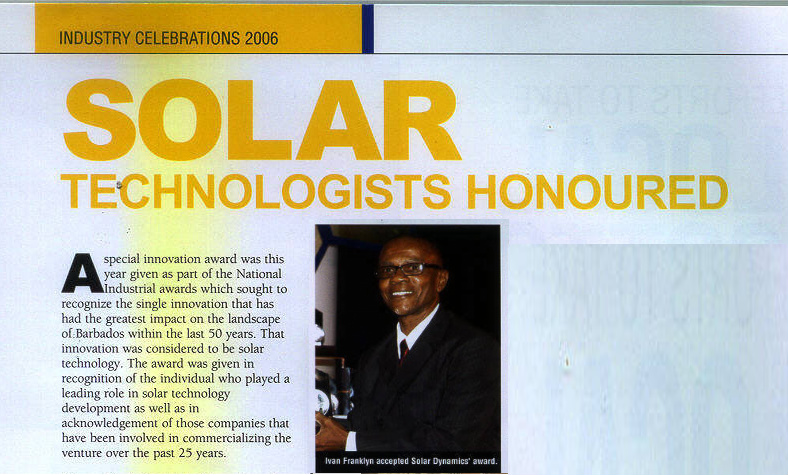 Get the nuts and bolts of how the award winning Solar Dynamics Hot Water System works.